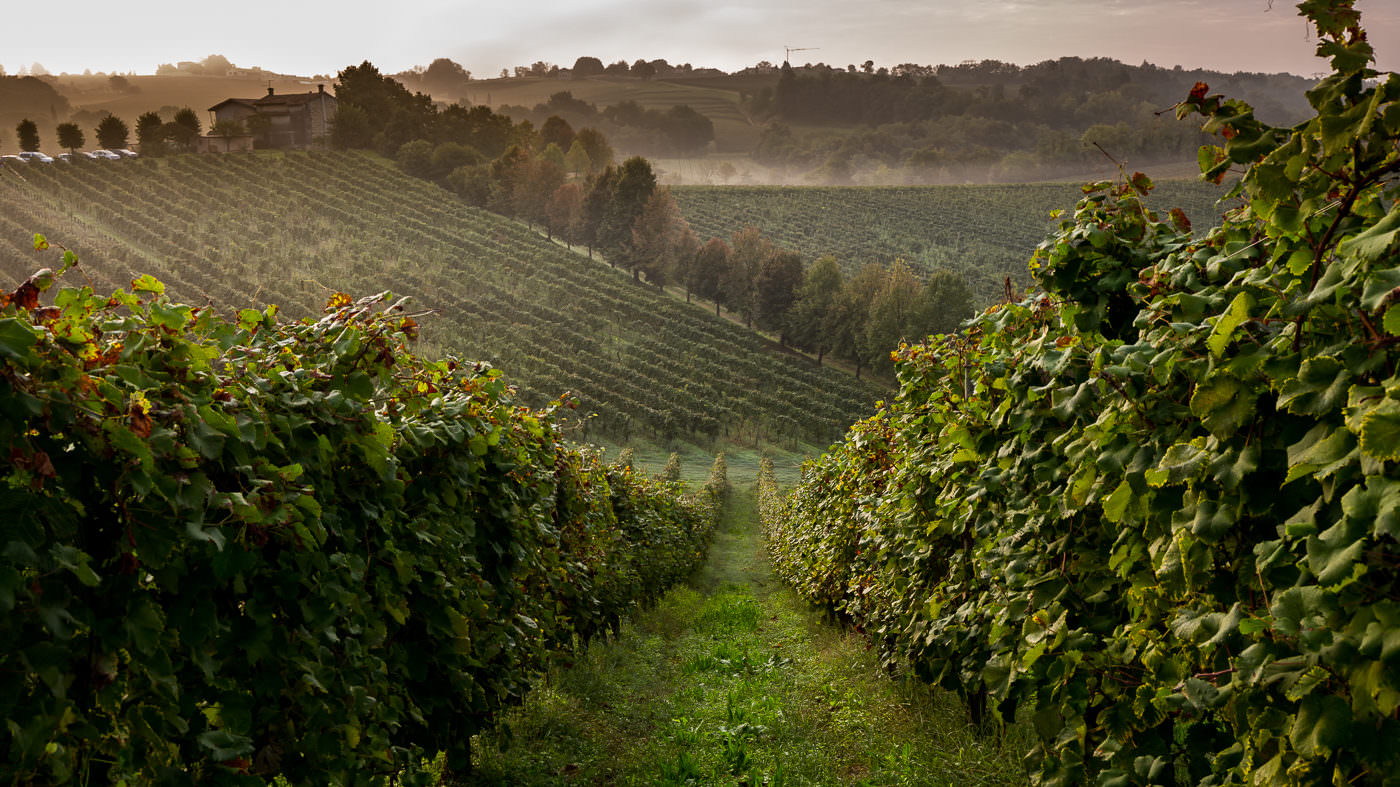 Canevel Spumanti was set up in 1979 as a result of the meeting of two different professional skills and one real passion.

From the start, when Mario Caramel, a producer of vinegar and a wine merchant from Oderzo, and the wine-making expert Roberto De Lucchi founded the wine-making company in a small workshop below the church of Santo Stefano di Valdobbiadene, the mission was clear: to produce a sparkling wine of excellence that would exploit the qualities of the Glera grape.

“Canevel” in the local dialect means “small cellar”. This is what the new company was intended to be: the best place to safeguard secrets and traditions, where it would develop with our passion for excellence. Since then, wine has remained a project for us, not a matter of chance. It is the result of passion refined over time, with enthusiasm and skill. The culture of wine, technical skill and the continuos quest for quality are inseparable parts of our history and of our sparkling wines.

Bottles of wine produced by us have exceeded 800.000 in number and we now turn 8,000 quintals of grapes into wine. The company, having changed its headquarters three times and produced 15 million bottles of wine, is now heading towards its thirtieth birthday. However, these figures and our successes are the logical result of the zeal with which the people who are part of the operation continue to dedicate themselves to their work year after year, just as they did at the start.

Carlo Carmelo will remain as a shareholder, to represent the founding family, bearer of the values at the base of the brand Canevel.

This is where Canevel Spumanti comes into being – at the heart of the company, a modern winery, with machinery and avant-garde facilities and expertise that enable us to continue our tradition of quest for ever increasing excellence in the production of the Spumante  Valdobbiadene and Conegliano.

The new headquarters of Canevel Sparkling Wines is in Valdobbiadene in the hamlet of Saccol, in a completely restored building, equipped to meet all functional requirements, from the grape harvest to vinification, from bottling to storing the products and to delivery to clients, wine mechants and restaurants.

The process is controlled at every phase, in order to guarantee that our sparkling wines are of the best quality.

Made by Rgb Lab, photos by Massimo Crivellari

This website uses cookies to improve your experience while you navigate through the website. Out of these, the cookies that are categorized as necessary are stored on your browser as they are essential for the working of basic functionalities of the website. We also use third-party cookies that help us analyze and understand how you use this website. These cookies will be stored in your browser only with your consent. You also have the option to opt-out of these cookies. But opting out of some of these cookies may affect your browsing experience.
Necessary Sempre abilitato
Necessary cookies are absolutely essential for the website to function properly. This category only includes cookies that ensures basic functionalities and security features of the website. These cookies do not store any personal information.
Non-necessary
Any cookies that may not be particularly necessary for the website to function and is used specifically to collect user personal data via analytics, ads, other embedded contents are termed as non-necessary cookies. It is mandatory to procure user consent prior to running these cookies on your website.
ACCETTA E SALVA